Growing up in Philly with his mom and sister, Carlos never felt much love. His mother had a mental illness and was dealing with emotional issues, leading to many lonely times. He felt isolated and often tried to show love to everyone because he didn’t receive that as a child. 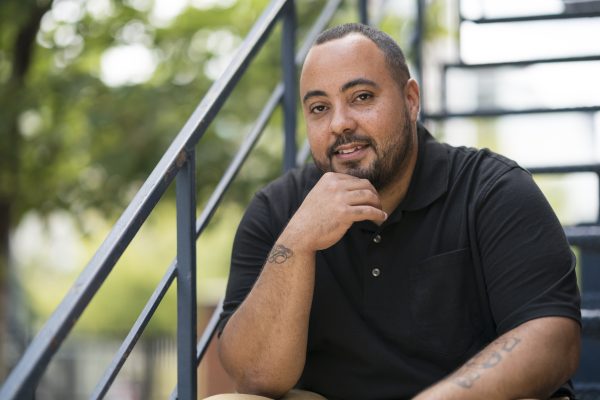 Carlos has three kids – Savannah (10), Shania (7), and Liam (5) – all of which are in Philadelphia. After having some issues with his girlfriend (mother of his son), Carlos decided to come down to Atlanta. He has a half-sister here, with whom he was planning on staying. Carlos took the Greyhound bus down to Atlanta and on his way down, his half-sister told him he couldn’t stay with her anymore. Left with nowhere to go, Carlos began to google places to stay, and that’s when he found Atlanta Mission.

Here, Carlos discovered a number of underlying issues in his life: issues he would need to work on in counseling to help him transform his life.

He’s been at The Shepherd’s Inn since July, where he has taken classes and one-on-one counseling. After forming relationships with his counselor and other staff members here, Carlos began to really feel more comfortable and open up. “The staff is friendly and trustworthy.”

The goal for Carlos now is to continue to better himself for his kids, learning patience along the way. He wants to be a good example for his kids. He has found himself more in touch with God and finding balance in his life here at The Shepherd’s Inn. He is mentally making progress and being honest with his counselor. The relationships Carlos has built with the staff are strong ones and a big factor in his transformation.

“Atlanta Mission gives structure and accountability to my life. They won’t give up on me, and they really do care.”

Carlos is taking things day-by-day, currently working security at a hotel here in Atlanta. He loves working with people and has thought about a career in social work.