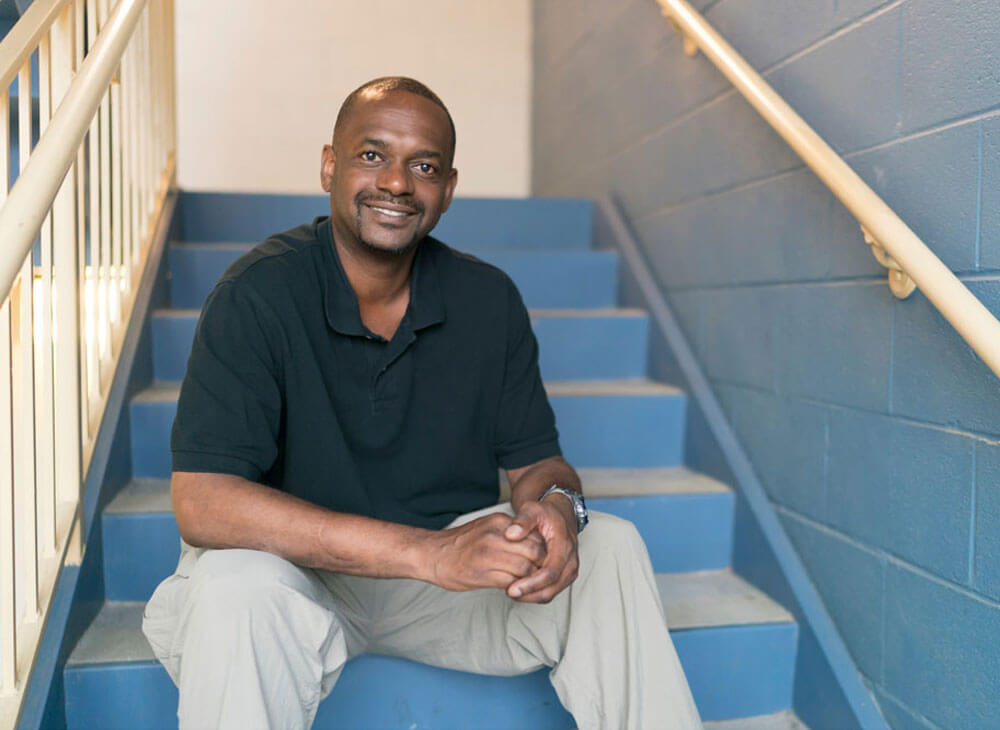 Dewan struggled for years to break what he calls “a vicious cycle” of alcoholism, broken relationships, and unemployment. But when he finally surrendered to the nagging in his heart that he needed a change, Dewan headed to Atlanta Mission.

It was here that Dewan met his counselor. When they first met, she asked Dewan many questions to determine if he really wanted to change his life. Something clicked in Dewan and he began opening up to her. He decided to choose help, and their relationship became a critical piece in keeping him on his path to transformation. She was there and ready to walk with him through every step of his path to a life transformed. She taught him how to build healthy relationships and to process his feelings. Through many tears, lots of laughter, and intentional counseling, Dewan began to break the cycle that perpetuated his homelessness—even to the point of accepting Christ.

Early in his process, Dewan struggled. Feeling very lonely and depressed on his birthday, he decided to talk with his counselor about it—a significant step for a man who had difficulty handling his emotions. That day she helped him take his first steps of faith on a path toward healing. From that point on, Dewan became devoted to his faith and making progress. “This is the first time I have had God in my life,” Dewan says. “Now I read the Bible on my own and pray.”

“This is the first time I have had God in my life.”

He found a church home where he serves as the audio technician for the services. He has also rebuilt his relationships with his twin daughters and son. “I’m just happy,” Dewan says. “They love it when I call them and they’re wanting to visit.” Eventually, Dewan found work in a downtown hotel’s laundry and began studying for his GED. He plans on enrolling in audio engineering school after he completes his program.

Together, Dewan and his counselor overcame his barriers to ending his homelessness. She taught him how to build healthy relationships and to process his feelings. “She is an amazing woman, very God-fearing and nurturing, but at the same time firm,” he says.

Dewan’s life has been transformed. He has accepted Christ, successfully graduated from a recovery program, has a steady job, is completing his GED, and is living in our transitional housing while he saves enough money for a place of his own. He plans on attending college and majoring in audio engineering. He is extremely thankful for the relationships he has built at Atlanta Mission with staff, other clients, and volunteers.